Ask Roxanne: In Memory of Those Who Served 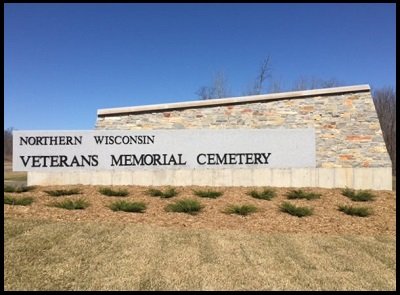 “Of the well over one million American veterans who lost their lives in service to their country, Wisconsin vets make up approximately 25,000. These brave men and women made the ultimate sacrifice serving in conflicts from the Civil War to the present day.” — Scott Fitzgerald, Wisconsin State Senator

Memorial Day 2017 finds America in unsettling times, locally, nationally and globally. A person might find himself or herself second guessing going to or having a gathering of friends & family on Memorial Day.

Don’t. Those veterans that Fitzgerald spoke of gave their lives so Americans could feel safe and secure and free in their homeland to assemble in peace (even if after a few beers Uncle Ed starts telling very loud, very tall tales).

What is important at the beginning, middle or end of the day is that we all take some time to remember those brave Americans by “strewing with flowers, or otherwise decorating the graves” of those who died in defense of their country, as requested in the original proclamation in 1868 when this memorial began as Decoration Day.

To help with a place to honor these brave men and women we found out that The Wisconsin Department of Veterans Affairs operates three State Veterans Cemeteries.

You might also consider a trip in the near future to the Wisconsin Veterans Museum, which is dedicated to the citizen-soldiers of our state. Employing ongoing and temporary exhibits, displays, and presentations, the museum’s main galleries tell the story of Wisconsin men and women who served in America’s conflicts from the Civil War to the present. It is open Tuesday – Saturday 9:00 am to 4:30 pm and Sunday (April-September) 12:00 pm to 4:00 pm. There is no admission charge.

This Memorial Day will generally be overcast and wet. There will be fewer of you showing off your tans, muscles, sporting gear or bathing suits. There may not be as many burgers and cold drinks and tall stories as there might have been.

But wherever you are, you can take a moment to think where this great land would be, where you would be, if not for those who lived, served and died to defend the principles of the USA.

(Photo from the Wisconsin Department of Veterans Affairs )

Strategies and solutions for your digital marketing.